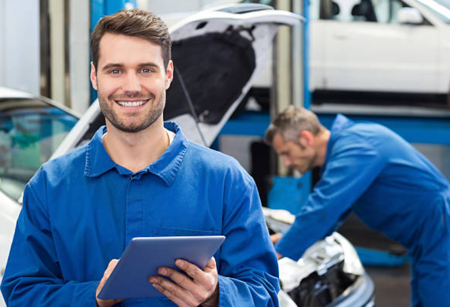 Have had a brilliant experience so far with everyone at Signature Mechanical and highly recommend their business. I was blessed enough to win a voucher to get my car serviced, after they took great care of that they offered to organise new wheels and a wheel alignment through Ocean Tyres (using the rest of my voucher and the extra expenses covered by them so I didn’t have to pay). I will definitely be returning and look forward to dealing with them again in the future!

Tbh would give negative stars if possible. Had it there for basically 2 months because of parts delays, that’s okay and understandable but went there for a full vehicle inspection and coolant issues. As soon as it was driven out, noticed a complete pipe sever in one of the coolant lines and still had overheating issues due to that as well as coolant leaking still, didn’t even replace the entire piping system the first time even though it was part of the service (have proof as well) after taking it back again turns out the egr had issues and was leaking coolant into the engine. All of these issues should’ve been solved on the first visit as well as should’ve been seen on the second. Ended up out of pocket for 3 grand and had to see another mechanic to actually get the issues solved. HIGHLY do not recommend.

Excellent facility for all of your vehicle needs. Brad, TJ and the entire team provide excellent customer service and quality workmanship.

Great service and a great price too. Had my vehicle in for a service and 4 tyre change. All done the same day and for price quoted. Even picked my car up and dropped it back to me

Massive thankyou to everyone at Signature. With an interstate move ahead they took my poor old falcon and gave it a new lease of life for an extremely reasonable cost to get me safely across country. Highly reccomend. Cheers guys ✌️