What Is A Camshaft And How Does It Work? - Enji

What Is A Camshaft And How Does It Work? 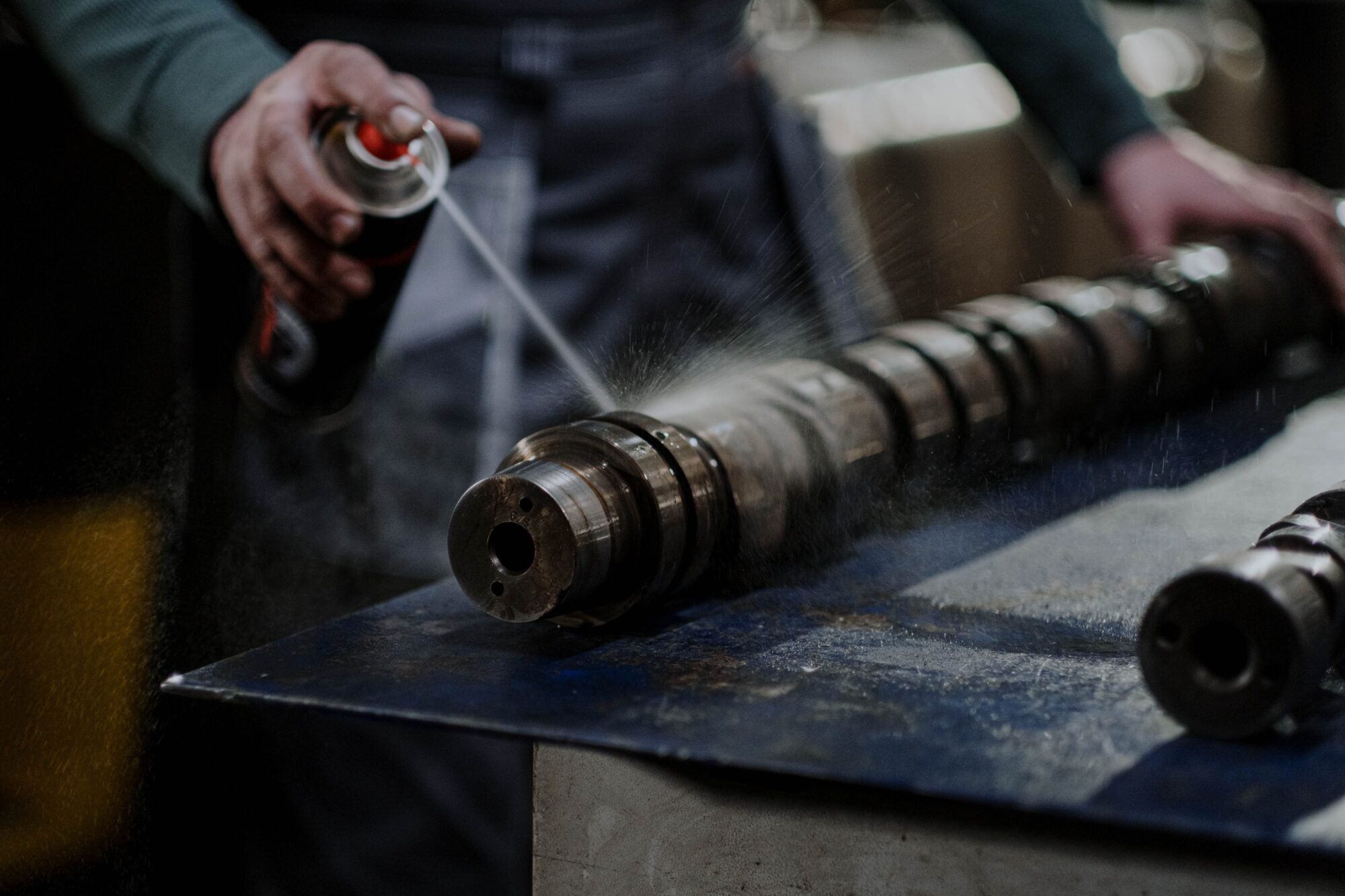 What Is A Camshaft?

A camshaft is a shaft made from hardened steel or cast iron alloy that has a series of lobes or cams attached to it. The camshaft rotates around in sync with the crankshaft as part of the process that converts fuel into linear movement.

What Does A Camshaft Do?

The cams (or lobes) are wider parts placed along the shaft in order to align with the valve lifters in the engine. The cams are shaped like guitar picks so that each time they rotate around they press on the valve lifters to open and close valves in the cylinder head. Valve springs return them to their original position in time to be pushed open again.

A timing belt is used to make both the camshaft and the crankshaft rotate and enables them to operate in sync. The engine valves open and close in the cylinder head in time with the piston. The camshaft controls the function of the intake and exhaust valves, so it is a key component in the operation of the car. The camshaft enables the car to drive at different speeds. V8 engines have more camshafts in order to allow the engine to push out more revs and go faster.

How Does A Camshaft Work?

A camshaft controls both the intake and exhaust valves, which refers to the channel for the fuel going into the engine and the channel where the exhaust fumes go out. The valves themselves are each composed of a stem and a head. The stem is the part that is pressed by the cam on a camshaft and the head is the part that affects either the intake or exhaust nozzle. The camshaft rotates and the cams follow this rotational pattern, pressing into the valves in time with the motion of the piston.

The timing of the opening and closing of the valves needs to be precise, so the number and placement of the cams along the shaft is accurately matched to the position of the valves in the engine. There can not be variable valve timing, because if an intake valve or exhaust valve was to open at the wrong time this would cause significant engine difficulties.

Where Is The Camshaft Located?

The camshaft is located in the ‘top end’ of the engine. A typical car engine will have one or possibly two camshafts, while high performance engines like V6 or V8 engines can have up to four camshafts.

The camshaft/s and crankshaft work together in an engine and must be functioning alongside each other in order for the system to perform. However, they control different aspects of the engine and may be rotating at different speeds. A timing belt is used to ensure that they work together.

A timing belt is a rubber belt with teeth on the inside that moves around the ends of both the camshaft/s and the crankshaft. A timing chain can also be used instead, which is a metal roller chain that works the same way as a timing belt. The camshaft, crankshaft and timing belt must all be carefully aligned to a manufacturer’s specifications in order to function correctly.

A broken camshaft can cause a number of performance problems in your vehicle as well as damage to other engine parts if left unchecked. A faulty camshaft could cause anything from cylinder misfire to total engine failure. Your vehicle might temporarily lose power, jerk or shake randomly or burn through fuel faster than usual. If your engine is failing, your car might overheat rapidly or be difficult to start.

Some of these problems could also be a sign of a faulty camshaft position sensor. The camshaft sensor works in harmony with the crankshaft sensor to determine the position of the crankshaft rotation. This information is needed for a number of sequences that occur in the engine when the car is moving.

It’s important to get your camshaft replaced if it begins to cause problems, because it could end up damaging the crankshaft or cylinder head if it is left to function with a defect. Enji can put you in touch with a mechanic that can let you know whether your camshaft needs to be replaced or repaired. These are the signs to look for that could indicate an issue with your camshaft.

Many people are tempted to ignore it when this light comes on, but responding to it quickly could reduce the amount of damage you have to repair. The light could be triggered by a number of things, so the camshaft may or may not be at fault.

Any unusual noises coming from your engine (especially ticking noises) could be a sign of a faulty camshaft.

Your car may lose power, consume fuel faster or produce more exhaust gases or emissions. If the car stops and starts suddenly this could also be a sign of a cylinder misfire.

If you notice any of the signs listed above, you may want to check the engine yourself to look for any obvious scratches or scores on the cam lobes. Now that you know roughly what it looks like and where it will be, you may be able to diagnose the problem.

If a camshaft position sensor becomes faulty, you could begin to experience a number of engine problems such as starting/acceleration difficulties, engine misfire and reduced fuel economy. In most cases, the check engine light will come on when there’s a problem with the camshaft position sensor. If you notice this, you should take your car to a mechanic to have the problem repaired.

The replacement cost for a broken camshaft will depend on the make and model of the vehicle, the type of camshaft and the experience of the mechanic. It may cost $2000-$3000 including labour. However, if you don’t get it fixed, it will likely end up costing more because the damage will mean you have to replace other parts of the engine as well.

A more complex engine (such as a V8) may make it more difficult and therefore more expensive to replace the camshaft. Some types of cars may also require specialised replacement parts, which can also increase the price. The best thing to do if you suspect that there’s a problem with your camshaft is to take the car to a mechanic. Even if you know what the problem is, the mechanic will need to thoroughly check the engine to get an understanding of what needs to be repaired.

You can find experienced, professional mechanics with Enji no matter where you are in Australia.