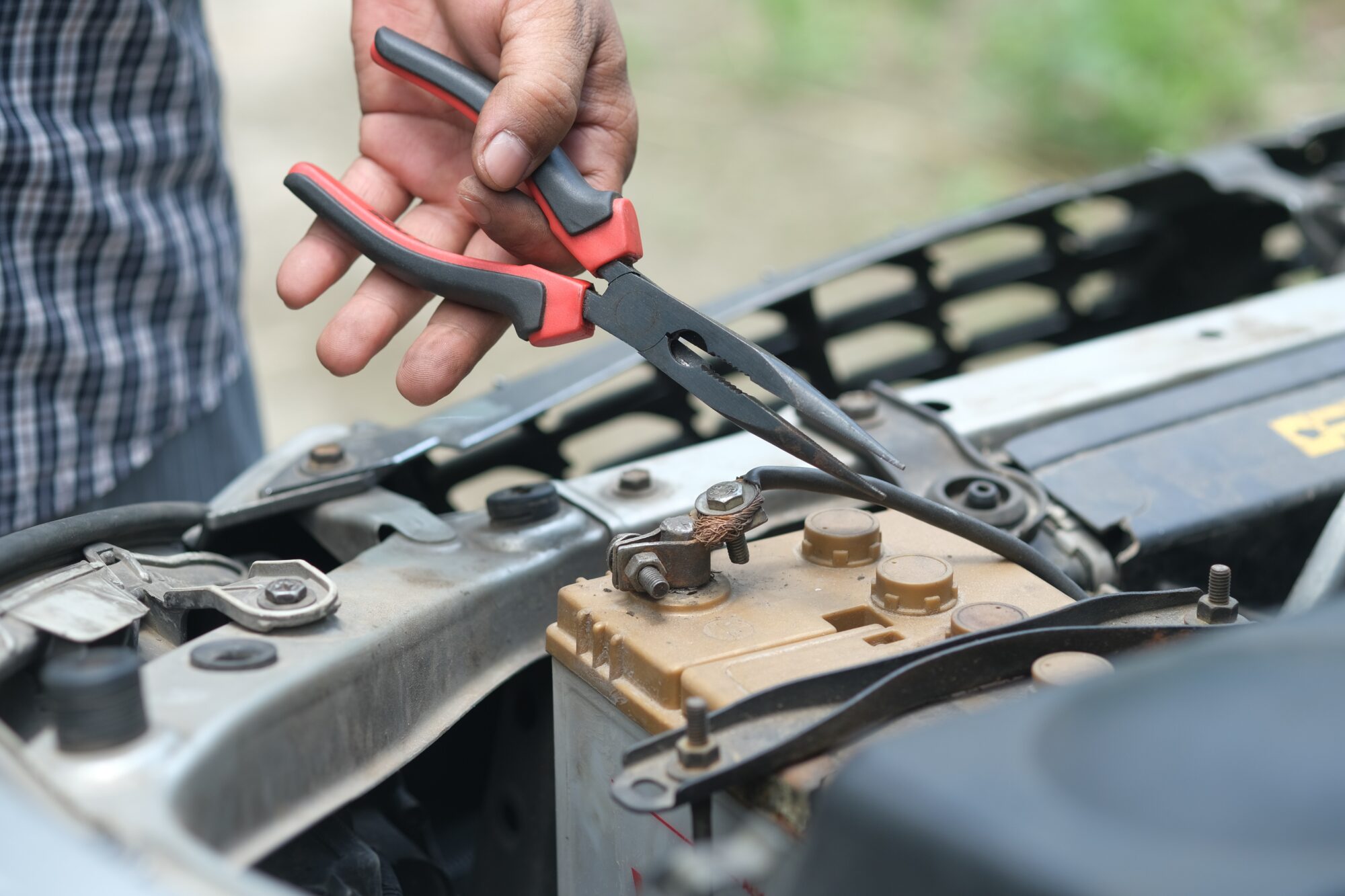 ery replacement can cost up to $1500 depending on the make, model and cost of labor. If you want to know how much it would cost to have your car battery replaced, the best option is to get in touch with a local mechanic from a well-established car-servicing company like Enji.

Because car batteries are so important, you really do not want to short change yourself. Paying less on a car battery can cost way more money, time and effort down the line with constant repairs, services, jump starts and breakdowns. If you look after your car (and by extension, your battery), they will both look after you.

This battery is probably the most commonly used  battery on the market. This traditional style of battery contains a carefully-measured amount of liquid electrolyte which requires regular topping up with distilled water. These kinds of batteries are the most cost-effective, however unlike VLRAs and lithium ion batteries, they need maintenance in the form of ventilation, adding water to the cells, and maybe even periodic equalisations.

A sealed battery, also known as an Absorbed Glass Mat (AGM) battery, functions similarly to a flooded battery in most ways, but, as the name suggests, it is sealed. Because of this, this kind of design requires much lower maintenance as it doesn’t need to be topped up with acid and it won’t spill. These are the standard  pick for people who just want to put the battery in and not worry about, and aren’t overly concerned about being the fastest, most efficient car on the road. The  lead acid battery design includes common battery types such as the calcium starting battery which are designed for great output. A down

How Long Do Car Batteries Last?

A general rule of thumb is that a three-year-old battery is getting fairly long in the tooth. However, batteries can last up to five years depending on the model, how they are maintained and how the car is used. Driving habits, poor weather (where you use your high beams, windshield wipers and other auxiliaries) and frequent short trips will all contribute to your battery’s life duration. Your battery could last much longer than three years, however it is recommended that you have it checked every year after. If you are worried about your car battery or your car performance, it is best to get in touch with experts who can put your mind at ease. The auto electricians with Enji can give you quit quotes, service and can even organise mobile mechanics to come to you.

Symptoms of a Dead Car Battery

A dead car battery is fairly simple to diagnose. There are many signs and symptoms that your car battery is dead, dying or not functioning at its desired capacity. Some of these signs are more subtle than others, but no one knows a car like its owner, so it is highly likely you’ll notice these changes to the way your vehicle's operating.

Changes to your engine cranks

We become accustomed to the sounds and “feel” of our car. If you notice that the crank (the sound when you twist the key in the ignition) is slow, sluggish or less powerful, then it could be a problem with the battery.

A very common symptom of a dead battery is that the engine will not even crank. If you turn the key in the ignition and there is no noise, no crank, no catch, then it is likely that you have a dead battery. In some cases you may hear a clicking sound when you turn the key. This is the starter solenoid struggling to perform its duties due to lack of power from the battery. Make sure you try to turn the car on while the accessories are off (radio, light etc) just to tick every box before you move on to other means.

In some cases you may attempt to turn on the car and it cranks, but does not catch (start). This could be another sign that your battery is fried.

You’ve had to jump start your car a lot

Car batteries are not immortal. They have a lifespan of three to five years, and they will start to become less reliable over time. If your car is breaking down more regularly (particularly in the ways mentioned above), then it is very likely that your car battery is on its last legs. It is g

Your can see damage

One of the simplest ways to determine whether your battery is dead, dying or in need of replacing is by simply popping the bonnet and having a look. While in most cases, the damage may not be visible, there is a chance that you can spot damage on the battery in the shape of cracks, swelling or leaking, depending on the nature of the problem with it.

Another indicator of a dead or dying battery is poor performance in the accessories of the vehicle. The most common cases of poor vehicle performance due to battery problems include:

Your battery powers the electronics in your vehicle. If you have problems with your headlights, radio or dashboard, the battery is likely the culprit. It is important to remember that the more strain you place on your battery, the sooner it will die. This includes overusing your headlights, charging multiple devices or running any of the electronic functions at full power for long periods of time.

Backfiring is a less subtle symptom of a dying battery. A failing battery can produce intermittent sparks which leads to an accumulation of fuel in the cylinders which have the potential to combust. The combustions cause the surges of power that cause your car to backfire.

The check engine light is not there to be ignored, it is signalling that something is wrong with the engine. If you don’t know anything about cars, check the manual to see what the symbols on the dashboard computer mean. At least that way you have an idea of what you’re dealing with before you take it to a professional.

If you’re having any of the above problems, think to yourself: “how old is my battery?”. If it is older than three years, it is probably time to get it checked anyway.

How To Start A Car With A Flat Battery?

A dead battery is certainly not ideal, but there are ways around it. Because of the way most automobiles are engineered, there are ways to circumvent certain circuitry to get the engine turning on again. The two most common methods are the jump start and the push start.

Jump starts are the most common method of starting a car with a dead battery, and something that you have probably all seen - if not close up, then probably by driving past some poor person and a good samaritan on the highway. Why is it called a jump start? Because the cables used to return energy to the car “jump over '' part of the circuit to close the gap temporarily. If you aren’t car-savvy, a jump start may look a little like the car is being defibrillated (well, in a way it kind of is), but it is quite an easy procedure which only takes a few minutes to complete. Be aware that you will need another car and jumper cables, and to be cautious,  as jumper cables can be harmful to people and property if not operated safely. The steps to jump start your car are as follows:

If you have a car with a manual transmission, it is possible to start a car with a flat/dead battery without the use of jumper cables. This is called bump starting or push starting. You will still need assistance in the form of one or two friends who can push the car while you’re inside. It is quite a simple process and the steps are as follows:

Safety tips for jumping a car

Batteries are a crucial part of your vehicle's mechanics and must be taken care of, monitored, maintained and checked regularly. By looking after your car, driving it safely, getting regular services, maintenance and obtaining free battery check-ups, you can make sure you are never left stranded by a dead battery. However, accidents happen, and you should have enough information to flag down someone to jump it, push start it, or have the confidence in your knowledge to have the car battery safely and affordably replaced so you can get back on the road.