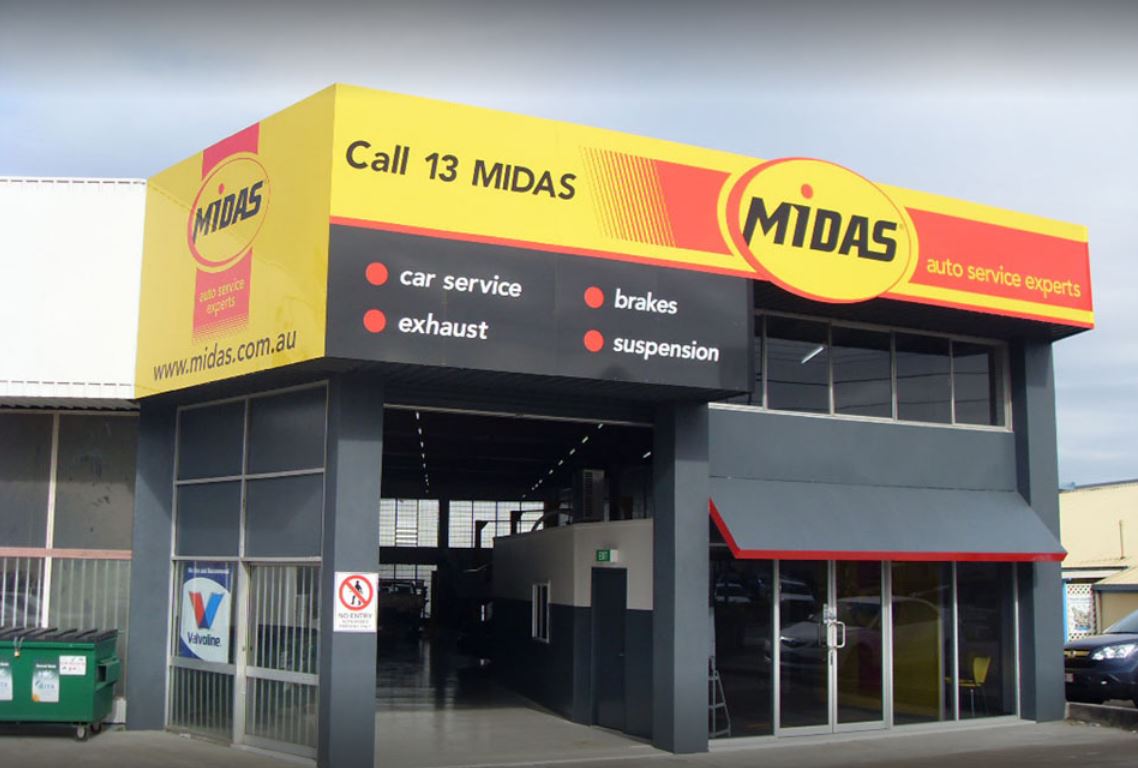 I had a "stretch" a/c drive belt for my diesel BMW X5 (and old one!) removed and replaced today. The Midas fellow (don't even know his name!) fitted me in straight away, and got to work. He was pretty close to half an hour at it, and it took him three attempts to get it right, as he didn't have the particular BMW tool. I don't blame him - no-one has that tool, and they probably cost a million dollars per usual BMW practice... Anyhow, he adapted tools that he did have, using a Ford one to remove and replace the belt. Champion effort! Eternally grateful, the belt doesn't scream when the a/c compressor kicks in. Very, very impressed, and I'll certainly be going back there.

Had a new power steering rack and tie rod ends fitted in my commodore by Luke, they were able to book me in asap and had my car back before 4pm. Even followed up two days later with a prior problem with my alignment and he was able to fix it on the spot for me. Awesome friendly service and great price. Can't fault them what so ever, hope I've found a new trusting mechanic. Thank you guys

Car horn not working. Got charged $165 for diagnosis. Ended up being the wrong diagnosis. My calls have been blocked go straight to voicemail. Basic service - got told everything with car was good a week later car was checked by another mechanic and advised had oil leaks. Save your money and go elsewhere

Booked my car in for a standard logbook service at Midas Springwood. Car had no faults or issues prior. Worst possible experience I could have ever had with a mechanic. They gave a false diagnostic without running any tests and told me it would cost in excess of $5000 to replace a blown head gasket. I was told it had lost litres of coolant (I live 5mins from the workshop, park in a garage and check all my fluids regularly, the last time was right before dropping it off for the service, so it was around this point I knew i was being lied to). I told the mechanic to just finish the service and I would look into the "blown head gasket". Shortly after, and I mean no more than 15-30mins I recieved a call saying the service had been completed and I was to collect the car. I get there to find out that the leak had "miraculously stopped" with a bottle of seal-tite the mechanic had decided to add to the car. Well now my car has rampant overheating issues that it not have prior thanks to a blocked radiator. I've sent a message through their online help centre but I still haven't received an answer. Not only was the service appalling, I have had to pay for a second opinion which confirmed there was no issues with the cars head gasket and now I am having to pay for more work to be done on the car to fix the damage they caused as it haz left the car near inoperable. I certainly wouldn't trust them to rectify the issue. I wouldn't trust them to even wash the car. Do not book here at all.

They were awesome and so honest!!! I'm going back. The mechanic was so genuine and didn't speak to me like a dummy. He took the time to go through everything with me in layman's terms. They even rang me prior to my picking my car up and told me what the last mechanic had missed. I'm using these fellas again definitely!!! Great work ...