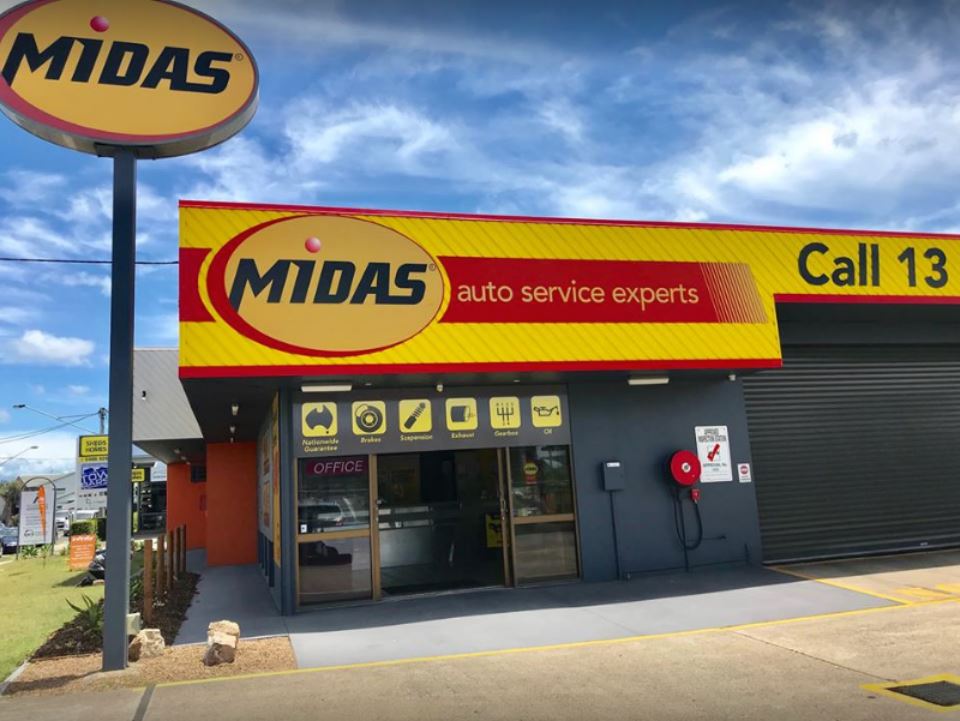 Had a great experience with Luke, I needed an urgent brake pad and rotor change on a Friday afternoon and he managed to take my car in and give me a loan car free of charge. He then also managed to get the rotors ordered and replaced by the next morning along with the brake pads. Luke explained everything to me and gave me a reasonable price along with advice for the future. Really appreciated his help on such short notice whilst he was fully booked. Absolute legend. Brakes are good as new. Cheers!

Thank you to the Maroochydore Midas Team! You have restored my faith in mechanics. Found them not only reliable, but honest and dedicated to their profession. The guys here don’t talk s**t.. instead you get real quality work by real people, so good to have my car being looked after for not only my safety but also for my kids. I will be back over and over again, Cheers boys!

Definitely the best mechanic on the coast. Have spent years looking for a good, reliable and trustworthy mechanic and feel so lucky to have found this one. Luke and the team are so helpful, they always give the best advice, and i really can trust them as a young girl with not the best car knowledge !! They are so fair and always go above and beyond my expectations and are so down to earth. Thank you so much guys!

You guys are amazing. My car is leaking boiling water under driver’s side. I did rang the dealer before contacting Midas, however the dealer only can book me in 2 weeks later and charge $165 just for inspection. Then I found Midas in Google and called. The lovely receptionist lady booked me straight away. After I dropped my car, they did inspection and fixed in one hour with 1/3 of dealer quote.Thx so much for fixing my car, will definitely come back for service and have recommended to all my friends 😀

I booked in for a general service. Fairly priced, I was then called about other parts of the car that needed maintenance, one of them being my number plate light needing replacing. The socket now doesn’t clip back in and hangs out over my number plate so I’ve had to fix that myself. I was then quoted on a full set of tyres which they said needed replacing, I got a second opinion, nothing wrong with them. Another quote was my water pump needing replacing for $1114, I got a second opinion which they said it was only a split hose and the water pump was in very good condition. I paid 1/4 of the price Midas quoted me. I am extremely disappointed with the service I was provided with and extremely upset with the diagnostic they claimed to have found. It seems to me, they took advantage of a young female. I am being nice giving you even one star, I will not be returning or recommending you to anyone. I was going to call to give you the benefit of the doubt but am disgusted with Midas ‘A family owned business’ that they would treat their customers with such a low level of morals when I am the one paying for a high quality of service!

Absolute legends...I rang late in the afternoon they squeezed me in early morning got parts and fixed by afternoon, Jeremy is a wizard he just knew what was wrong straight up - no mucking around, Problems fixed 💯 and it didn't break the bank..not easy to find this kind of service around anymore ..thanks so much for all you guys did. Sincerely Fixed Ford Ranger